In the first days of his bid for an open Florida Senate seat, former state Rep. Jim Boyd continues to reel in the support of key Tallahassee Republicans.

Boyd announced last week that he wants to replace retiring Florida Senate President Bill Galvano, R-Bradenton. Earlier this week, Galvano announced that he was backing Boyd for the Senate seat.

On Tuesday, Sen. Wilton Simpson, R-Spring Hill, who is scheduled to be the next Senate president after the 2020 elections, threw his support to Boyd.

“Jim Boyd is a proven leader who understands the importance of balancing our budget, keeping taxes low and advocating for Florida’s small business owners,” said Simpson. “President Galvano has been a tremendous advocate for this district, and I can’t think of anyone more prepared to step into his shoes than Jim Boyd.”

Boyd also got the backing of Senate Majority Leader Kathleen Passidomo, R-Naples, and state Sen. Travis Hutson, R-Palm Coast, who both have their eyes on the Senate presidency down the road.

“The Florida Senate is home to some of Florida’s finest leaders and I am proud to support Jim Boyd in his campaign for Senate,” said Passidomo. “As we look to tackle the challenges like protecting our natural resources, ensuring education opportunities for our students and strengthening our economy, Jim is the kind of leader needed in Tallahassee to make the tough choices on behalf of the people in his community.”

“Jim brings with him the wealth of experience needed to hit the ground running on behalf of the people of Senate District 21,” said Hutson. “He is a common-sense conservative with a proven record of getting things done.”

“Florida is experiencing record economic growth and has the highest ranked university system in the nation because of leaders like Senators Simpson, Passidomo and Hutson,” said Boyd. “I am thrilled to have their support and am eager to join them in continuing to move Florida forward.”

Boyd, who served four terms in the Florida House, launched his bid on Thursday as he looks to keep Galvano’s seat, which includes all of Manatee County and part of Hillsborough County, for the GOP.

Boyd, the CEO of Boyd Insurance and Investment Services, has been on the Florida political stage for three decades, starting in 1989 on the Palmetto City Council and serving as vice mayor and mayor of that town. When Galvano faced term limits in the Florida House back in 2010, Boyd ran to replace him and easily won in a secure GOP district in Manatee County which he represented until last year when he was termed out.

The Senate District is heavily Republican. Back in 2016, Republican voters made up 43 percent of the district while 30 percent were Democrats. Teacher Amanda Linton is running for the Democratic nomination. 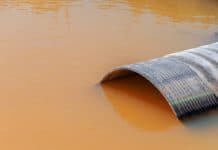