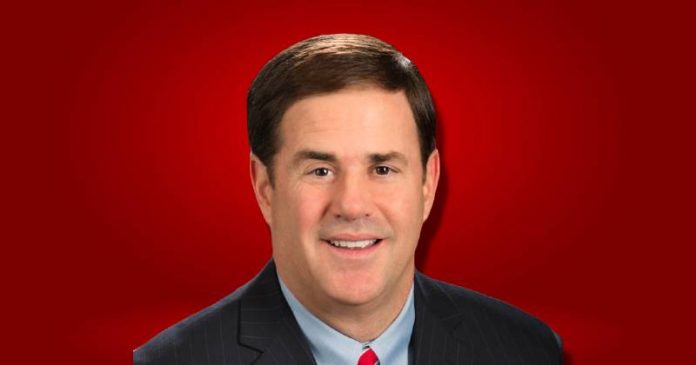 Next year, nearly all of Arizona’s 1 million students will qualify for Arizona’s Education Scholarship Account (ESA) program. This transformative program will allow the students who choose to use an ESA to completely customize and personalize their education experience.

This is a game changer for students. It’s also one of the final bills Gov. Doug Ducey signed into law – and it’s something that would not have happened without his belief in parents and families, and his commitment to education freedom that spanned his two terms as governor.

It’s a model policy every state should emulate to give every student a better shot at an education that meets their needs.

And it’s just one of many hallmark policies that Gov. Ducey leaves behind as he prepares to end his second and final term as governor.

While today’s news headlines are often driven by clicks or center on controversy, the policies a governor leaves behind tell the real story.

In Arizona, Gov. Ducey demonstrated something I believe – policy changes lives. It’s a model I hope many of the new governors from across the nation emulate and appreciate, and it starts with a belief in people. As governor you don’t govern over people; you are elected serve them.

With this belief in mind, Gov. Ducey sought bold solutions, worked to rise above partisan bickering, and prioritize his constituents over politics.

In response to a drought that’s impacted the Southwestern United States for an estimated 22 years, Gov. Ducey reached across the aisle and signed a bipartisan package that invests $1 billion toward solving this crisis, including long-term investments that will take place after Ducey is gone. He could have kicked the can down the road, prioritized other issues, sought short-term solutions, but he put this generation and future generations first.

To help build a better economy for all Arizonians, Gov. Ducey’s office identified and removed thousands of unnecessary and burdensome regulations that cause unnecessary harm to small business owners and entrepreneurs. And he’s championed occupational licensing reform to help eliminate barriers of entry for new job creators and help low-income entrepreneurs who often lack the resources to maneuver onerous and unnecessary licensing boards and pay hefty licensing fees. Some of these solutions were simple and common sense – such as Arizona recognizing out-of-state licenses. It’s saved businesses millions of dollars and help create new jobs, ranging from small family start-ups in cosmetology to attracting Uber to move its driverless car research from California to Arizona.

Governor Ducey’s willingness to roll up his sleeves and tackle these complex but important issues has helped Arizona’s economy grow and prosper. When he came into office, Arizona had a $1 billion deficit, and today he leaves behind a $5 billion budget surplus. This coincides with the passage of a sustained tax cut for Arizona families and the nation’s lowest flat tax that takes effect in January 2023, saving the average family an estimated $350 a year.

It’s this vision toward a better future, toward long-term thinking and planning for all families that’s enabled Arizona be ranked first for economic performance by the non-partisan publication, “Rich States, Poor States,” and third for economic outlook.

According to an old proverb, a society grows great when old men plant trees in whose shade they shall never sit. That’s the legacy Gov. Doug Ducey leaves behind. A state where countless students will benefit from educational opportunities for generations. Where the economy remains strong, competitive and attracts jobs from across the globe. Investments in long-term solutions to protect vital national resources so generations of Arizonians have access to healthy drinking water.

This week 36 states elected or re-elected a governor. No matter their party affiliation, I wish each of these governors success as they face urgent new challenges. I hope they look to Arizona as an example of how principled conservative leadership, coupled with sound policy, can create tremendous outcomes for students, families, and all your constituents.

Jeb Bush is the former two-term governor of Florida (1999-2007) and the founder and chairman of ExcelinEd and ExcelinEd in Action. This article was originally published by RealClearEducation and made available via RealClearWire.