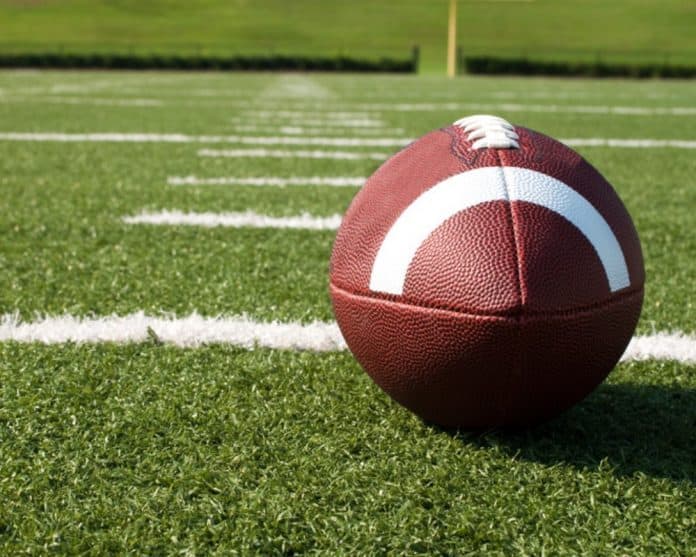 Fall means high school football in Florida but, this year, politics is getting as much attention as the plays on the field.

In recent football games, players of the Bartram Trail High School football team have been kneeling during the playing of the national anthem, drawing reactions from across the region.

The St. Johns County school has received both praise and criticism about the players’ actions.

Head coach Darrell Sutherland addressed the issue but didn’t take a side.

“In an effort to provide our players an opportunity to represent their family’s beliefs, celebrate the freedoms our country affords, and still pause in respectful unity during the national anthem — we will have multi-colored cord, players can hold if they choose to,” said Sutherland.

“I think, this is more of a fade,” said Jason Redmon, a sports talk analyst heard on South Florida I Heart Radio stations. Redmon told Florida Daily he thinks a lot of these activities on the football field will most likely end after the election.

For more than a year at Fletcher High School in Duval County, a “Thin Blue Line” flag was allowed to be carried on to the field by football player Caelan Lavender to honor his late father, Cpl. Andy Lavender, who was a Jacksonville Beach police officer.

The Thin Blue Line flag has been a symbol used to show support for law enforcement. But, as of last week, the school will no longer allow Lavender to carry the flag on the field before the football games.

The school insisted it has been getting complaints that the Thin Blue Flag represents racism.

Bowing to the demands of groups like BLM, Fletcher principal Dean Ledford said the flag would no longer be allowed.

“In consultation with the coaches, I determined that the act of using this flag in this personal way, while in the context of the football game opening ceremony, could easily be construed as representing a political position of our school and not just the personal feelings of the student and his teammates. Therefore, I have determined that it is no longer appropriate to continue,” said Ledford.

“What a joke,” said Redmon. “Who in the world deemed this flag as some sort of political statement?”

Crisp said the school made the right move. “The flag has become, for some, a symbol of white supremacy,” said Crisp.

The Lavender family said they were disappointed with the school’s move. Lorie Lavender said her family never viewed the flag as being political or racist.

“Racist? There is nothing political or racist about this. It’s about Andy and his son. Period,” said Steve Zona, the president of the Jacksonville Fraternal Order of Police.

Zona said that if the school won’t allow the flag on the field anymore, there will be plenty of support in the stands as fans and supporters of police will be wearing clothes showing their for law enforcement.