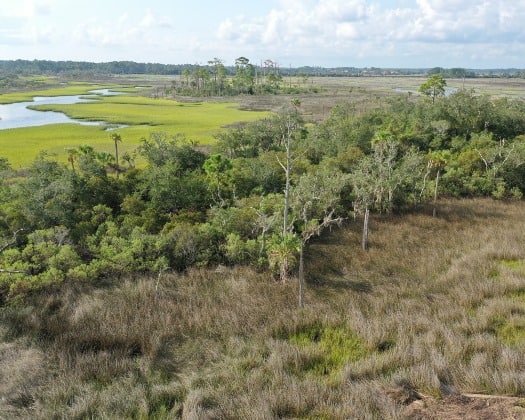 The North Florida Land Trust (NFLT) announced at the end of last week that it has expanded Bogey Creek Preserve with the addition of 12 acres of land.

NFLT closed on the property which they purchased from the McGehee family who waited years to sell the land to make sure it would be preserved forever. An anonymous donor, a matching donation from Timucuan Parks Foundation, and donations from the community helped the nonprofit reach the $150,000 needed to complete the purchase.

“Now we have to get to work to prepare the trail and complete the pathway through the preserve which will connect all of the parks in the newly named 7 Creeks Recreation Area,” said Jim McCarthy, the president of NFLT, on Friday. “We thank the McGehees who started talking preservation with the city more than 20 years ago and worked with us to give us the time needed to raise the capital. Now everyone will be able to enjoy the land that they love.”

The additional 12 acres is located to the east of Bogey Creek Preserve and contains habitats including maritime forest, salt marsh and hardwood wetlands, known for supporting species such as gopher tortoise, wood stork, Atlantic sturgeon, shortnose sturgeon, and West Indian manatee. NFLT will prepare the new trails to make them seamless with the current trails at the preserve. The nonprofit hopes to complete the trail work by the end of next year.

Bogey Creek Preserve is located off Cedar Point Road and protects nearly one mile of critical marsh front on Clapboard and Bogey creeks. It is a mix of maritime hammock, mixed pine-oak forest and seep-fed cypress swamps. The preserve opened as a public park in 2019.