Several school districts throughout the state are looking to raise taxes to fund local education.

In the past, tax increases were usually proposed by local Democrats but, over the past several years, it has often been Republican-run counties that have been asking voters for tax hikes.

Along the Space Coast, the Brevard County School District wants voters to extend a half-cent sales tax for local schools.

In 2014, the Republican-controlled school board asked voters for a half-cent sales tax increase, claiming Brevard schools needed $757 million for projects.

But now, after six years, the school district insists that the tax increase has only brought in around $200 million and is now asking voters to extend it.

In the Panhandle, conservative Okaloosa County’s school board wants voters to support a half-cent sales tax increase to last for 10 years and is asking them to back the tax hike in a referendum. The school district insists it needs around $500 million in new taxes to complete needed projects but also admits the proposed tax increase will only generate around $256 million in revenue over the ten year period.

The largest proposed tax increase is in Duval County where the school board wants voters to support a half-cent sales tax increase to raise $2 billion dollars over the next 15 years for repairs and new schools.

Political committees supporting the sales tax are sending out mailers to Republican voters to support the tax increase.

“I got one,” Jacksonville City Councilman Rory Diamond, a Republican, told Florida Daily.

The campaign mailer sent to Republican voters insisted “conservatives” support better education and, by supporting the tax increase, more jobs would be created in Jacksonville.

Diamond was the only Republican on the City Council who opposed putting the tax increase on the ballot and he continues to oppose it.

“Their numbers don’t add up,” Diamond said, noting that the school district needs $2 billion in revenue but the proposed tax increase will generate $1.3 billion in revenue. He wants to know where will the district make up that revenue.

“They’ll be back asking for more taxes, you watch,” Diamond told Florida Daily. 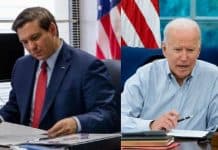 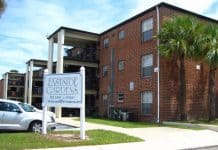