There’s another factor this year in Constitutional Review Commission (CRC) which is formed every 20 years to propose changes to the Florida Constitution. The 37 members of the Commission are selected by the governor, the president of the state Senate, the speaker of the state House and the chief justice of the Florida Supreme Court. The CRC has the power to place proposed amendments directly on the ballot which do not need Florida Supreme Court approval or be limited to a single subject.

The CRC voted to place eight amendments on the ballot this year, joining the other five approved by the Legislature and added by citizen petitions. By having 13 amendments for the voters to consider in November–in addition to the elected positions on the ballot–there is a high probability for could lead to voter fatigue. Even worse, the CRC did not have to use the single subject rule as they often piled up two or more issues in one amendment. The eight CRC amendments contain 22 different issues so voters really have 27 proposed amendment issues to consider.

The CRC did not even bother to put related issues together in one proposed amendment. One amendment wants voters to consider banning offshore drilling for oil and natural gas and–in the same proposal– also ban vaping tobacco in enclosed indoor workplaces. Voters might support one of those proposals but not the other, leaving them divided. The CRC also proposed an amendment dealing with the Chevron Deference repeal included in the same proposal creating Marsy’s Law in Florida. If you are not sure what each of those are, you are not alone, and you won’t find much information on the ballot.

With these kind of proposed amendments, the CRC has done a great disservice to Florida voters, creating confusing language, and forcing voters to decide whether to vote yes or no on proposed amendments where they support one of the issues but not another. The CRC has made a travesty of what should be an opportunity for voters to weigh in on how we govern our state. Instead the CRC has made Florida look like a banana republic.

Alex Snitker is a United States Marine veteran who was the Libertarian nominee for the U.S. Senate back in 2010. He is the president of the Liberty First Network, the liberty lobbying organization based in Florida that works in Tallahassee on positive liberty legislation and educates the citizens on the political process and how they can individually make an impact.

The Dean’s List: A Look at Who Made the Honor Roll in Florida Politics–and Who Didn’t 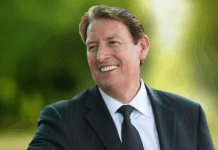