Murphy, who worked at the U.S. Defense Department under President George W. Bush, will serve on the U.S. House Intelligence and Special Operations and the Tactical Air and Land Forces Subcommittees which are both under the umbrella of the Armed Services Committee. The Central Florida congresswoman joined the committee this year.

“Floridians take great pride in the role our state plays in defending this great nation, and I am honored to be a voice for Florida on the Armed Services Committee,” said Murphy on Thursday. “I am especially proud to sit on the subcommittee that oversees America’s special operations forces, who have played such an important role in keeping our country safe over the last two decades.”

Murphy is staying on two subcommittees under the Ways and Means Committee. She will continue on the U.S. House Trade and the Worker and Family Support Subcommittees.

“I will continue to use my position on the Trade Subcommittee to promote trade policies that help grow Florida’s economy, empower American workers and businesses, and counter China’s unfair trade practices,” said Murphy. “And I will fight for hard-working Floridians who have lost their jobs or are struggling to provide for their families because of the pandemic, making sure they have the resources they need to get back on their feet.”

While Murphy will be impacted by redistricting in 2022, she has won impressively in her last two outings. Despite holding a swing seat and being targeted by the GOP Murphy beat then-state Rep. Mike Miller 58 percent to 42 percent in 2018. In November, Murphy defeated Leo Valentin 55 percent to 43 percent.

First elected to Congress in 2016 when she upset longtime U.S. Rep. John Mica, R-Fla., Murphy has tried to claim the center on Capitol Hill and her work on the U.S. House Armed Services and the Small Business Committees helped her on that front. So has her caucus memberships including helping lead the Democratic National Security Task Force, the Blue Dog Coalition and the Future Forum. Murphy is also a member of the New Democrat Coalition and the Problem Solvers Caucus. 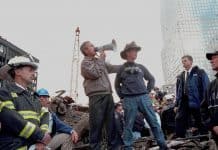 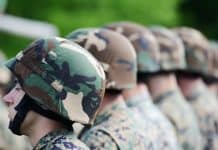